I'm going through one of my BBC radio phases at the moment and listening to talk radio on the internet almost non-stop. This is partly because I find it by far the best source for information on world news, and partly because I've noticed too many Americanisms creeping into my northern brogue of late!
While I finished some bits and pieces for work tonight I was listening to "The Strand", an arts program on the BBC World Service. The final piece of the show was about folk singer, Julie Tabor's, new album. The longer I live in the States, the more I seem to be nostalgically drawn to British folksongs, and I just couldn't resist a melancholy album full of sea tunes. I'm listening to it now courtesy of itunes and of course the wine that accompanied dinner tonight, weakening my usual resistance to impulse buys.

I grew up by the coast - by which I mean, when I go home it takes barely 5 minutes to walk from my mam's house to the clifftop. There's a reason Tabor's latest album is so achingly doleful. The sea around the British Isles is often grey, glowering and unkind. My favorite folk group, The Unthanks, (who we've had the good fortune to present a number of times at work, though they happen to be from my part of the world), perform a haunting wintry song called Sad February about the fate of drowned sailors off the coast at Teesmouth.

Who would have imagined I'd miss it so much! On my last trip home early last summer my sister and I took advantage of a sunny evening to borrow my Uncle Fred's dog Balto and go for a stroll over the cliffs.

I wish I could take Bilbo to the seaside! There are no leash laws in the UK so Balto had a good run over the leas and across the beach. 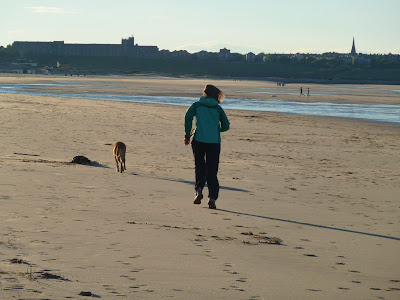 Of course, the DDA makes it too risky to consider taking him home at the moment. While American Bulldogs are legally permitted, the law allows police to seize any animal they consider (regardless of their qualifications, or rather lack thereof, to make that judgement) to look like a pitbull mix and it is extremely difficult at that point, even for owners with breed papers, to get a pet back.

In all fairness, even without leash laws it's highly unlikely that you'll see Bilbo running unrestrained any time soon. He's not quite as well behaved as Balto yet! 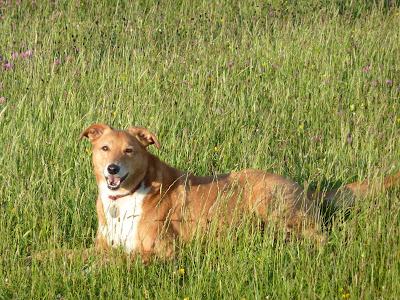 For the majority of my life no one in my close family had a dog so our clifftop games were of a different nature.  I'd bet my pooch that no one outside of the family could guess what we're doing here: 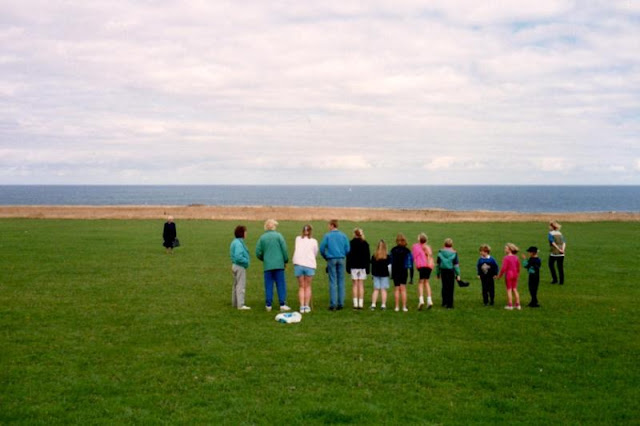 I particularly love the way we've plonked grandma off in the distance to judge. Especially as she's the only one who doesn't look like she dressed out of the rag bag. Then again, it was the 80s.
Of course, despite the fact that it's clearly none too warm, we're all still wearing shorts in true Williamson fashion. I'm not sure where the fascination with baring our legs to the elements originated - we wore similar outfits whenever we went trooping round the fells, often in typical dripping British weather...

Anyway, back to the game at hand. Clearly we were lining up for the Wellie-boot-throwing component of "Annie's Olympics": 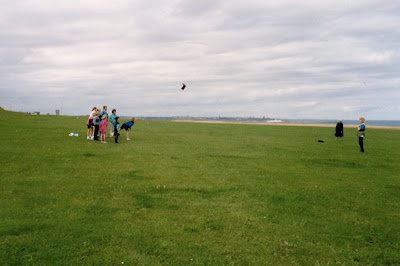 Well, for now, Billy and I will have to make do with tromping round the park and I'll look forward to a date with Balto and the sea this spring. 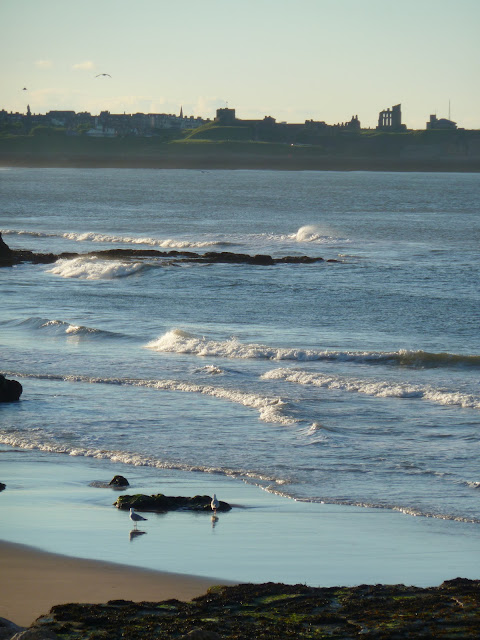